One of our primary services is to support local Media Outlets, including online venues. As the media culture continues to shift, we encourage communities and organizations to come together in collaborative efforts to create opportunities and content that serve in meaningful ways.

Additional key areas we focus on are our own Signature Live-Studio-Audience events such as the Empowering Women series.  We have facilitated all manner of live and studio productions, including concerts and fundraising events.  Some members of our team also work with select TEDx organizers to assist with the production of their local TEDx events.

A glimpse at some of the events we have produced:

We work with local PBS affiliate, community and PEG stations.  Also, will collaborate with events to be distributed via internet channels.

TV for Your Soul’s Founder, “Twinkle” Marie Manning began her television career with Adelphia, moving on to the Daytona Beach PBS Affiliate, then as an independent producer to a broad network of community and PEG stations across the USA, ultimately establishing two initial hubs: via LexMedia in the greater Boston, Massachusetts area and via SBTV in Santa Barbara, California. Her home-base is now on majestic Moosehead Lake in Maine where she works with local community stations and producers throughout the USA and across the globe in content creation.

A partial list of television projects TV for Your Soul (and/or Marie Manning) has been involved with:

Room of One’s Own

Coverage of the International Womens Day Festival in California

Some Notable Guests have included: 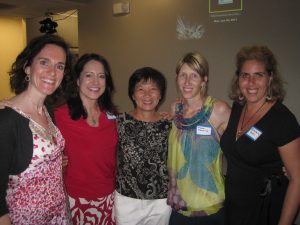